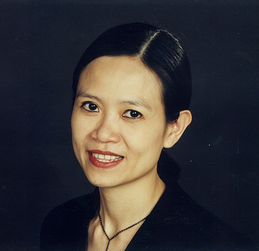 CLARA FON-SING
​Clara Fon-Sing has held leadership roles in the media industry in the United States and Europe with extensive experience in content licensing, change management, growth strategy and operations. Clara is Vice President & General Manager, NBC News Archives at NBCUniversal. She was previously Vice President of Motion Gallery at the BBC and, prior to that, she was based in Paris as Head of International Development for French public television's National Audiovisual Institute.

Clara serves on the board of the Harvard Kennedy School New York Alumni Network as Treasurer. She was Co-President of the board of the Association of Commercial Stock Image Licensors from 2014 to 2016 and she is a founding member of EFNY (Education en Francais a New York), a nonprofit organization dedicated to promoting French language learning in New York City public schools.

Clara holds a BA in Information & Communication from the Sorbonne University and a Master in Public Policy from the Harvard Kennedy School. Born and raised in Mauritius, she lived in France and currently resides in New York City.