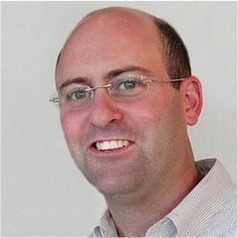 KEN GROUF
Ken Grouf is the Managing Director of JKL Partners, an incubator based in Santa Monica, California, focused on consumer packaged goods, retail services, and quick service restaurants. Ken’s current investments include Blaze Pizza, Breez, Tender Greens, Mack Weldon, TeaRIOT, Lemon Perfect.  His past 20 years as an operator allows him to take a hands-on approach with his portfolio companies to support their continued growth.
​
Before starting JKL Partners, Ken was the Chairman and Co-CEO of Kriser’s, an all-natural pet food and supplies store chain. Grouf joined the company as a founding board member and began his role in early 2009. Leading its efforts for double digit comps every year for 8 years, Ken successfully grew the company to 100 stores in 10 markets. He sold the company to TPG Growth in 2017 to create a holding company called Independent Pet Partners.

Prior to joining the Kriser’s team, Grouf served as Vice President of Marketing and Communications at Spot Runner, Inc, a technology advertising platform for small businesses.  In 2001 Ken co-founded City Year New York and served as the company’s Co-Executive Director.  From 1996-2001, Ken served as the Director of Brand Management at Yahoo!. At this time, Grouf was also the founding board chair of Kaboom!, a national nonprofit that creates community playgrounds across the country.