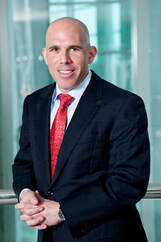 Scott Rechler is the Chief Executive Officer and Chairman of RXR, one of the largest owners, managers, and developers of real estate and infrastructure in the New York metropolitan region.

With an aggregate gross asset value of approximately $20.5 billion, comprising approximately 25.5 million square feet of commercial properties, a multi-family portfolio of approximately 6,000 units, RXR seeks to build and create stronger communities within its buildings and within the areas where it operates. As Chairman and CEO, Scott believes that RXR’s success is inextricably linked to the health and vitality of the broader community.

As an appointee of New York Governor Andrew Cuomo, from 2011 to 2016, Scott served on the Board of Commissioners as Vice Chairman for the Port Authority of New York and New Jersey. He later served at the request of Governor Cuomo on the Board of the New York Metropolitan Transportation Authority (MTA) from 2017 to 2019.

In addition to his role at RXR, Scott currently serves as chair of the Regional Plan Association, trustee and Vice Chair of the National September 11 Memorial and Museum at the World Trade Center, member of the Real Estate Board of New York (REBNY), a Board member of The Feinstein Institute for Medical Research, and a member of the NYU Real Estate Institute Advisory Committee.  Scott also serves on the Board of the Tribeca Film Institute, where he serves as its co-Chair, and he also serves on the Board of the Drum Major Institute, Convene, Kitchen United, the Centre for Social Innovation, and the Hospital for Special Surgery.